In what could easily be described as one of the more anticipated movies of the year, we were treated to one of the more action packed and dramatic super hero films in recent memory. With stunning visuals and compelling acting, Avengers: Infinity War, might just be the best Avengers movie ever. 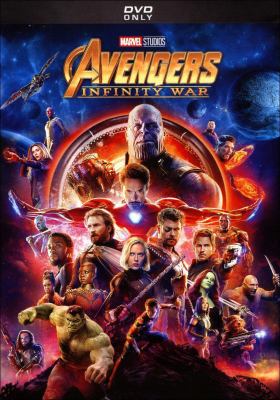 Unfortunately, it does take prior knowledge of Marvel movies, otherwise known as the Marvel Cinematic Universe (MCU), in order to fully understand what each of the characters motivations are and why everything is happening. There are scenes in the film where Eric Banner, the Hulk, played brilliantly by Mark Ruffalo, makes reference to events that happened in the first Avengers film which took place six years ago, with twelve Marvel films having been released since then. So, unless you are well versed in the lore of Marvel movies, it can be difficult to understand what is going on at times.

Certainty one of the positives of the film is the acting. The acting in this film is top notch, highlighted by the voice performance given by Josh Brolin as the main antagonist of the film and franchise, Thanos. One of the stronger points of the film deals with the motivation of Thanos. In the comic book which the film is based off of, Thanos wants to murder half of the universes population in order to impress Death, who is a well-established character in the story. Considering the fact that Death as a character has never been introduced in the MCU, I felt it was a wise decision on the filmmaker’s part to make the motivation of Thanos very Machiavellian. Much like Ozymandias before him (Watchmen), Thanos wants to murder a large amount of people in order for there to be peace in the universe. He often preaches about how there are little supplies to go around, how famine is a wide spread problem. However, by simply removing half of all living creatures it would make it easier for the remainder to live. Another aspect that makes Thanos such an interesting character is that he is capable of feeling genuine emotions such as love, sadness and understands the weight of losing someone he cares for. This is evident in a scene where Thanos is searching for the Soul Stone, where he must sacrifice what he loves most. He is taunted by another character that he, ‘loves nothing,’ only to be proven wrong moments later.

The way Thanos plans on carrying out his plan is by using a glove, called the Infinity Gauntlet, to hold the six Infinity Stones. These are gems that when wielded, give the controller power over certain aspects of the universe. As an example, one of the stones is the Reality Gem. When used properly, this stone allows the user to create hallucinations for people around them. This comes into play very early on, as it is one of the first stones retrieved. I could not help but be reminded of the Deathly Hallows as the film progressed. In the world of Harry Potter, after obtaining three specific artifacts, you become the master of Death. Much like in the comics of Marvel, Death is a fleshed out character and not just a part of life.

There are also strong performances from the heroes as well, most notably from Chris Hemsworth who plays Thor. Right from the very beginning of the film, he is tasked with a difficult acting job. There is an interrogation scene where Thanos and his henchmen are torturing friends and family of Thor in the hopes that they will divulge the location of the next Infinity Stone.

While there is little talking on the part of Hemsworth, you can see through his facial reactions just how much he is in pain from watching this. Loki and he have always had a contentious relationship, but in this moment you can clearly tell that they are brothers and he cares deeply for him. Moreover, there are several scenes where Thor simply steals the show. One such example comes from when Thor is a side mission to craft a weapon that can defeat Thanos. In order for the forge to be reactivated, a gate needs to be held open, and through the gate the heat of a star will radiate through. In true mythological heroic form, Thor holds the gate open as the full brunt of a stars heat eats away at him. If there is one character that walks away on top, it is Thor. He owns every scene he is in.

Aside from the acting, there are plenty of fan service moments as well. Little tidbits that will make the people who read the comics happy. The one which stuck out the most for me was Black Widow (Scarlet Johansson) dawning a blonde hairstyle. As someone who is fond of the Black Widow character, she is my favorite actually, I instantly recognized her look as that of Yelena Belova, and the person who was selected to succeed Natasha as the next Black Widow, as there is only one at a time.

In regards to the action and effects, there might not be another film as thrilling as this one for the remainder of the year. The set pieces were phenomenal, going into the picture I knew that prominent characters were going to die, so during each one there was the suspense that this might be the last time I see them. Given that the deaths involved are the biggest surprise, I won’t get into who dies, but I will say that one is incredibly heartbreaking. I was relieved that the film was not just going from one set piece to another, where the Avengers are killing generic bad guys. While there is some of that, it at least has substance and is vital to the plot. At no point does the movie turn into the ending of Suicide Squad or Batman v. Superman: Dawn of Justice where there is an onslaught of special effects with just pointless violence.

My only major complaint about the film is that there are several points throughout the movie where the heroes aide Thanos because they want to do the right thing, or because they lose their temper. The worst of this comes from when Christ Pratt, Star Lord, shoots Thanos while the rest of the Avengers are trying to remove the Infinity Gauntlet from Thanos’s hand. By shooting him, Thanos wakes up and defeats our heroes. It is mistakes like this that not only make the Avengers look less informed, but also weaken Thanos as a character, as he needs the help of the Avengers in order to achieve his ultimate goal.

This is the third collaboration between the Russo Brothers, Anthony and Joseph, and Marvel. Previously, the duo had taken the reigns to the final two Captain America films, Winter Soldier and Civil War, which were both met with critical acclaim. Interestingly, the two brothers were born and raised in Cleveland and graduated from Case Western Reserve where they started to finance and direct their first film, Pieces. After the success of the film, the two were approached by George Clooney and asked to direct the Crime Drama, Welcome to Collinwood, which was shot on location in the Cleveland suburb. I found their continued Cleveland connection to be interesting as Winter Soldier was filmed in Cleveland.

One of the other parts of the film that was intriguing was the price tag for the film. It cost Marvel Studios a grand total of $316 million dollars just to make the film. Granted, they made their money back roughly six fold, bringing in $2,045,388,284 worldwide. The cost of the film is so great, that only Avengers: Age of Ultron and Pirates of the Caribbean: On Stranger Tides cost more.

Overall this was a fantastic movie, one that I was very happy to see. It appealed to me on many levels. That as a comic book reader, a film lover and as someone who enjoys a good theater experience. Infinity War is a film that will surely appeal to you in some way or another. Both through its comedy or dramatic tension, Marvel knocked this one out of the park and I cannot wait for Part II in 2019. It is too soon, I feel, to proclaim this as the greatest comic book film of all-time. It’s been ten years, and Heath Ledger is still sending chills down everyone’s spine with his portrayal of the Joker in the Dark Knight, so at the very least I would rank Infinity War in the top five of comic book films.