Starring Jason Statham as Jonas Taylor, a deep-sea diver, The Meg is a fun and action-packed monster movie for everyone to enjoy.

The film starts off with a bang as a group of researchers dive to the bottom of the Mariana Trench with the belief that an entire ecosystem exists beneath a thin layer of hydrogen. As it turns out, all their hard work pays off as we are treated to a spectacular show of previously undiscovered creature s. However, there is a threat to their mission that the crew is unaware of, within minuets of discovering the new depth, the ship is attacked by a massive creature, leaving the vessel unable to move. Now, the crew of three are stuck over 36,000 feet below the surface, being hunted by a once thought to be dead animal.

With the crew stranded, the scientists back at the ships home base, Mana One, scramble to save them. Although several rescue solutions are proposed, the only one that gains traction includes reaching out to Jonas Taylor (Jason Statham) so he can dive down in another vessel to save them. Jonas is selected because he has previous experience in diving to the bottom of the Mariana Trench, however, during his last mission it too went horribly wrong and several people died. Since then he stopped diving. Reluctantly, Jonas agrees. Shortly thereafter we see Jonas save the crew and while there is a moment of respite, it is short lived as Megalodon attacks Mana One. From that point on it becomes a classic monster movie with everyone trying to kill the shark.

One of the reasons why this movie succeeds is that it never tries to be something that it’s not. At its core, the Meg is a B-Movie Monster film, akin to the Blob or Zombeavers. In embracing that and cranking the campiness up to eleven the movie is just fun to watch.

There is also supreme confidence behind the direction of the film as well. Jon Turteltaub (Cool Runnings, National Treasure) directs and leaves you with several memorable scenes. One which stands out the most to me is when the shark is gliding silently beneath hundreds of swimmers, and we are given an overhead shot of the water.

Aside from Statham, the film features several accomplished actors who all give very good performances. Perhaps the most recognizable will be Rainn Wilson as Jack Morris, the investor for Mana One. Wilson is best known for playing Dwight on the TV Show, the Office. In this piece, Wilson manages to portray his character quite well. There were a few points where I was questioning his motives and choices he was making, but in the end, it all came together, making his performance one of the better ones. Thankfully, he is featured throughout most of the film. The other major takeaway performance goes to Li Bingbing who acts as Suyin Zhang, one of the main scientists in the film. It has been a few years since I’ve seen a new BingBing film, as most of her critically acclaimed roles were in the early 2000s, so seeing her was a welcoming surprise and it was no shock at all that she stood out in terms of acting. BingBing is a determined and highly intelligent character. When the ship originally breaks down at the beginning of the movie, she doesn’t wait for Jonas to arrive, she tries to save them herself.

While the movie is based off a book titled, Meg: A Novel of Deep Terror, having read the source material and a few of the sequels I can tell you that it is not required reading prior to watching the film. I would recommend reading the novels afterwards as they offer an expanded look into the lives and backstories of the main characters. However, the story largely is the same.

Overall this was a very fun movie. It was filled with laughs, thrills, and impressive special effects. At no point was I ever bored or left wanting more, it was just a satisfying film. Jason Statham delivers another stellar performance in an action role and there are several fine people to compliment him as well. For a movie that has sat in Development Hell since 1997, I can honestly say that it was worth the wait. 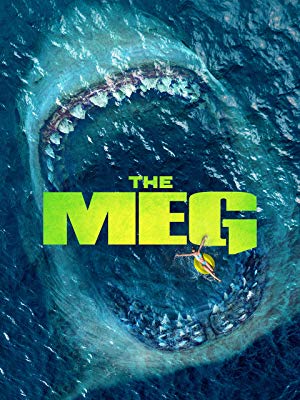