In one of the more chilling lines of the film, Laurie Strode says of Michael, ‘he’s waited for this night…he’s waited for me…I’ve waited for him.’ I feel with how lackluster the sequels have been this quote also applies to the fans of this franchise. We have waited for Michael Myers to return to form, and after nearly forty years of waiting, it has happened. Released in 1978 John Carpenter’s Halloween is not only a masterpiece of Horror, it also a timeless classic. While the seventies look is easily recognizable, at its core it is a babysitters worse nightmare, and that can take place at any time. Since the original there have been some decent movies to follow, though the majority are forgettable and have since become laughing stocks of the genre. Of the watchable films, the most notable are the direct sequel, Halloween II and Halloween H20, which takes place twenty years after the original and disregards the events of the previous three films (Halloween 4, 5 & 6). However, these pale in comparison to what was originally established. The films have garnered such negativity that over the years John Carpenter, Deborah Hill and Jamie Lee Curtis have distanced themselves from the franchise, disowning the very thing they created. It is understandable that they would be upset with the current state of the franchise. Aside from the majority of the sequels receiving poor reviews, there are actually four different timelines spread across ten movies:

So as you can see, the product has been severely altered, somewhat butchered over the years.

Halloween is directed by David Gordon Green, who has been behind the camera for some of my favorite films, perhaps the leader in the clubhouse being George Washington (2000), which I previously wrote about in the Kanopy article you can find on this website. There is realism he portrays in all of his movies, the characters are believable and the dialogue flows as conversations should. While some of my favorite directors write terrific dialogue, Quentin Tarantino especially, it is stylized and not always realistic. Thankfully, in this movie those qualities carry over and we are treated to possibly the most well-made Halloween film. Taking the Cinematography duties is Michael Simmonds, someone that I was very happy to hear was going to be filming the picture. Back in 2013 Simmonds directed the underappreciated Horror film, Dark Skies, a film about aliens playing a role in a child abduction case. While the film is admittedly not as good as it could have been, it looks good and has a tremendous amount of atmosphere because of Simmonds work. Moreover, he filmed the 2016 hit, Nerve, one of my favorite films that year. There is a scene in that movie where a person is hanging from a tall crane and the shot is from above, it really adds to the suspense and for a moment you feel like he is going to fall. In Halloween, Simmonds is on full display, to the point where he was nominated for Best Cinematography at the Fright Meter Awards. He was also nominated in 2009 for Outstanding Achievement in Cinematography for The Order of Myths at the Cinema Eye Honors Awards, US. I do not want to ruin the effect of the scene, but his best work in Halloween has to come in the death that takes place in the backyard towards the ends of the film. Just keep an eye out for that.

Going into this movie it is important to remember that this is a direct sequel to the first film, so everything after the 1978 movie has been retconned. The biggest change is that Laurie and Michael are no longer related, which characters make very clear in a conversation early in the film. Other changes are that Michael’s niece no longer follows in his footsteps, as seen in Halloween 4: The Return of Michael Myers, and that Laurie is still alive. An interesting fact is that if you follow the original timeline, Laurie Strode has died more times than Michael Myers.

The film begins with what I feel was the most promising part of the movie. Michael is being transported to a new facility and to document this, two True-crime podcasters, Aron Korey and Dana Haines (Jefferson Hall and Rhian Rees) try to interview him, even provoking Michael by showing him his mask. Their study continues by interviewing Laurie who is shown to have become somewhat of a Doomsday Prepper and currently suffers from PTSD.  Personally, I feel Jamie Lee gives a far and away better performance in this film than the original two movies. What follows a series of events where Michael obtains his signature overalls and knife. The film is filled with homages to previous films, such as patients roaming freely and Michael appearing and disappearing like a ghost. Laurie learns of Michael’s escape and rushes to protect her estranged family, this all leads to a climatic showdown between the Strodes and Michael. Speaking of homages, if you are a veteran of Halloween movies, you will recognize the last shot of the movie as a call back to one of the more iconic scenes in the entire franchise.

Once again, Jamie Lee is phenomenal in this film and deserves all the praise given to her. After over forty years of acting experience and seventy-four acting credits to her name, it is reasonable her abilities would improve from one of her earlier roles, but it truly was jarring how special she was. There is a scene where Laurie sits down with her daughter, Karen Nelson (Judy Greer) and her family at a restaurant. This follows Michael’s transportation and Laurie drinks several glasses of wine while recalling the night that Michael killed several people. For some reason, while I have seen that movie several times, seeing Jamie Lee recall the plot of it was even more chilling that the first time I watched Halloween (1978). Her disheveled look also adds to the performance, it looks as though she has not slept in years and reminded me of Angelina Jolie in Girl, Interrupted, which is always a good thing. The second best aspect of the film is the family dynamic between Laurie and her daughter. There is genuine animosity between the two as Karen resents Laurie for raising her only to one day fight Michael, robbing her of a childhood. While Karen’s daughter, Allyson (Andi Matichak) is willing to give her grandmother a chance since she rarely speaks with her. The constant tug of war between the three is fascinating and drives the plot more than anything.

Halloween (2018) is easily the second best film in the franchise, though that may not be saying much. However, it is well-worth watching and could stand on its own as a sequel to a classic film. One of the reasons people are hesitant about sequels is because they are worried ‘it will not do the original justice,’ well, I feel this movie does in more ways than one. It clearly respects what came before it by incorporating scenes from previous films in a tense fashion and does not stray into satire like so many of the sequels did. There are genuinely terrifying moments in this film, ones that had me squirming in my seat. Without question check this movie out, just be sure to keep the light on when you do. 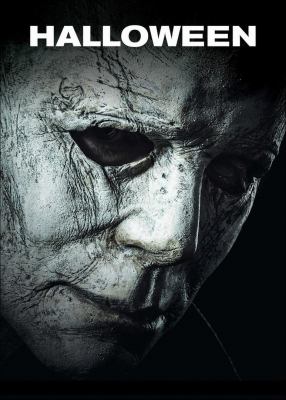 Murder at the HIlls - The Wicked Sister by Karen Dionne

Between the Lines: Hidden History of Lake County Ohio

Getting Started with Medicare